Vincent Fell featured in the The Ballet Times magazine. 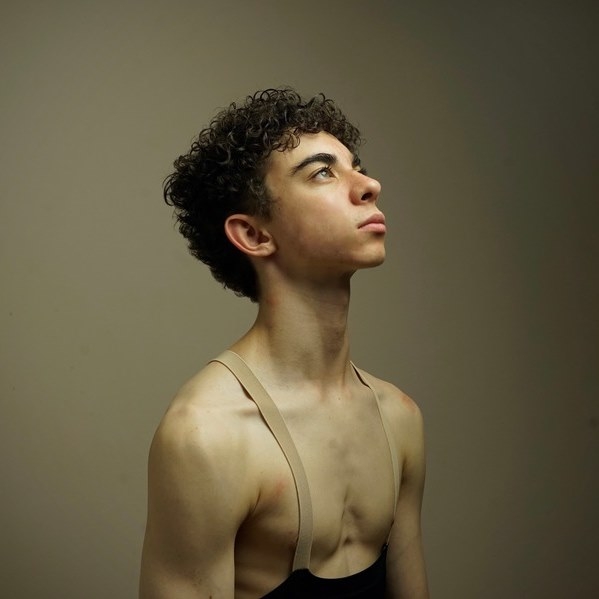 We were delighted to see our student Vincent Fell featured in The Ballet Times magazine. Congratulations Vincent for your outstanding journey so far and we wish you all the best for the future!

"Dear Readers and Friends of The Ballet Times Magazine!!

Today we would like to introduce to you, the first featured dancer of our new article series, Dancers around the globe".

Vincent Fell was born in Bristol UK and moved to America. He started Gymnastics in Portland and Los Angeles. Later on, he moved to London and his interest in street dance began, after watching a west end production named "Into the Hoods' by Zoonation UK. He decided to enrol in their academy and eventually ended up in their youth company, performing across the UK, from venues such as,, The Roundhouse" and,, The Royal Festival Hall".

His teacher advised him to begin studying ballet so he started training at the age of 14 with Masters of Ballet Academy London, under teachers from the Vaganova Ballet Academy, Elena Glurjidze ( Ex Lead with English National Ballet) and Olga Semenova. Alongside Masters of Ballet Academy,he started training under Dmitri Gruzdev ( Vaganova Graduate, Dancer with Mariinsky Theatre and Ex Lead with English National Ballet.) He was able to compete in two competitions when aged fifteen, a year and a half into ballet training. First, The Russian Ballet Awards, earning Second Prize and then YAGP in Paris where he was able to reach the finals and was offered a short term scholarship to the Dutch National Ballet Academy in Amsterdam. He travelled to Amsterdam again after completing their summer intensive and was offered a place at the academy where he`s studying now.

Vincent was given many opportunities to dance across Europe in summer 2020 such as in Barcelona and Rome, but sadly due to Corona, he wasn't able to do so.

Therefore he resorted to training at home where he took an interest in choreographing and creating short videos using his editing skills. Due to his background in street dance, he was able to enfuse ballet, street dance and contemporary to make his own style of dance/ neoclassical pieces. Over the lockdown, he was very inspired by the film "The Revenant", and started to brainstorm ideas on how he could fuse dance and cinematography. The result of his intense brainstorming was his new short film, named "Lakota" and depicts the reality of living in colonial America and the struggles of a man under ambush from the Native Indian Lakota tribe, leading to a tragic death communicated through dance.

The Ballet Times Magazine was fascinated by this idea that Vincent had, and his ideas of combining so many forms of art left us hungry for more. His short film "Lakota" will be released soon.

As a special treat for our readers, you will be able to get a first and closer inside look in his short film project. So stay tuned as we will post a trailer, and Vincent talking about the project on our Social Media. 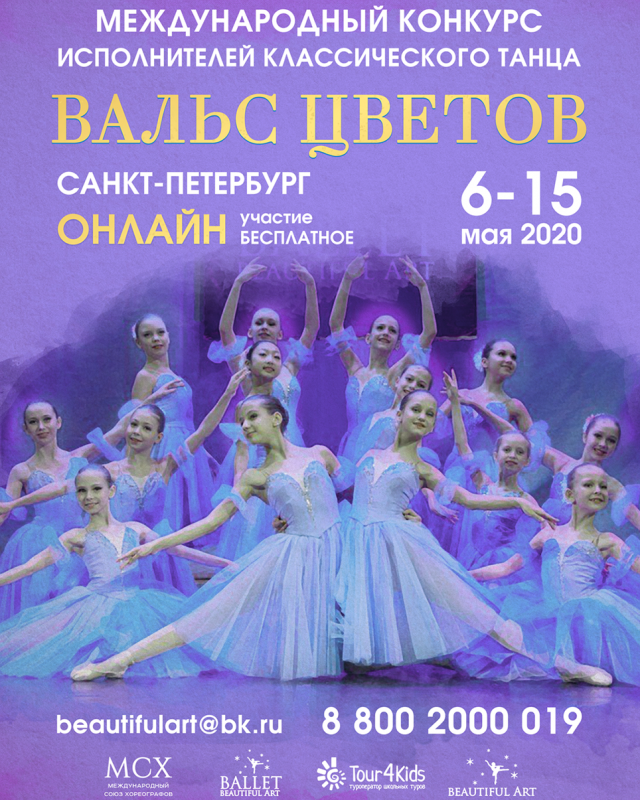 Masters of Ballet Academy submitted 3 entries to the prolific Ballet Beautiful Art online dance and choreographic competition, open to ballet schools all over the world.

The judging panel in St. Petersburg awarded 1st Place in Category to every one of our three entries!!

Congratulations to the following students and choreographers: 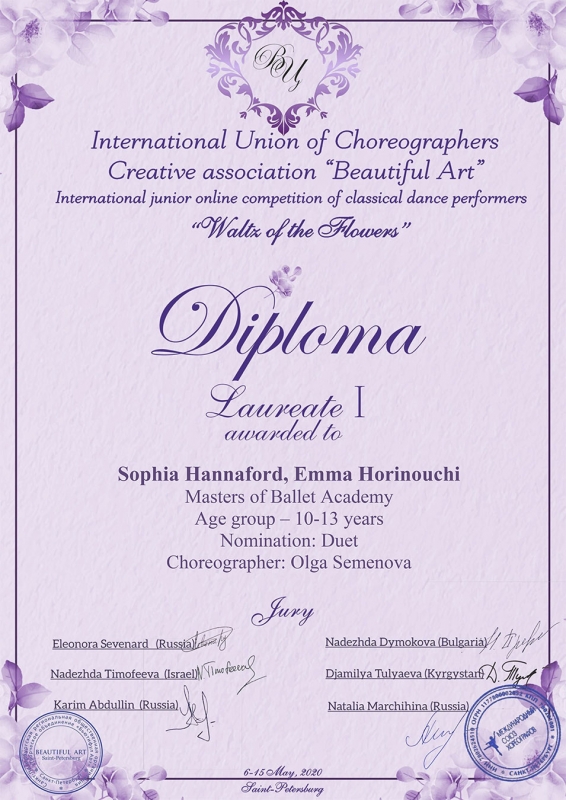 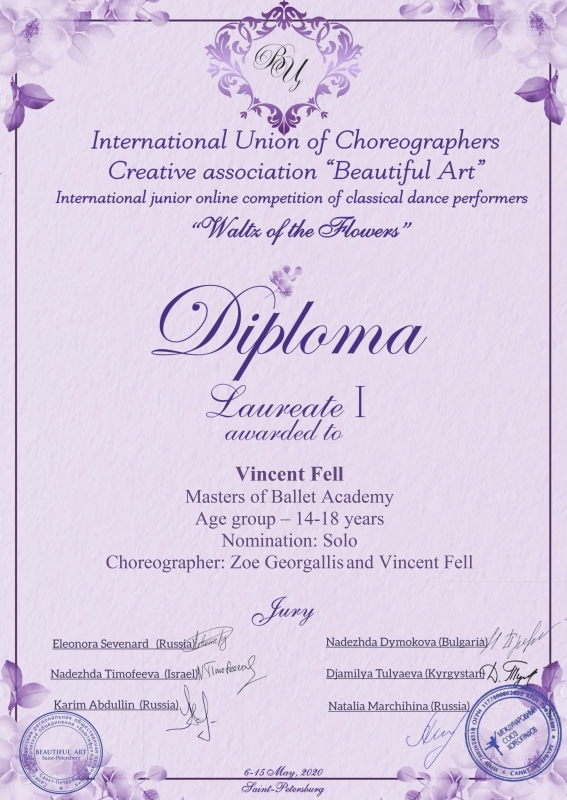 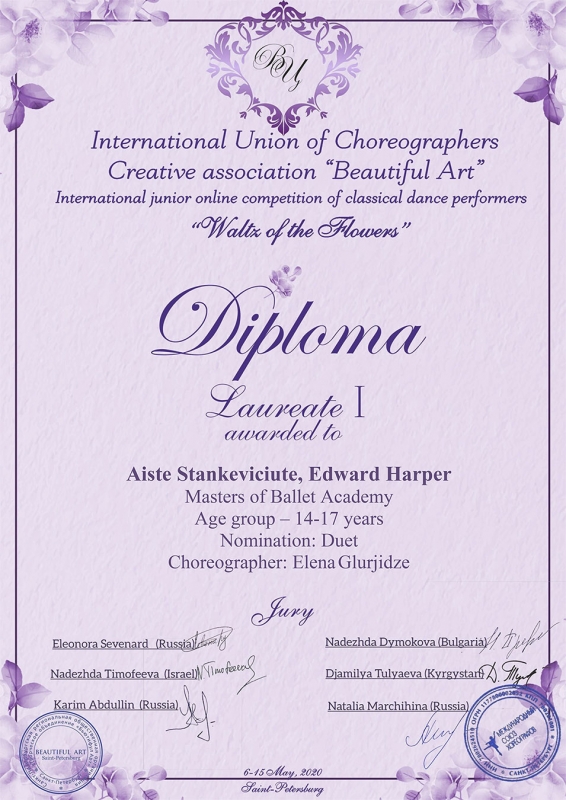 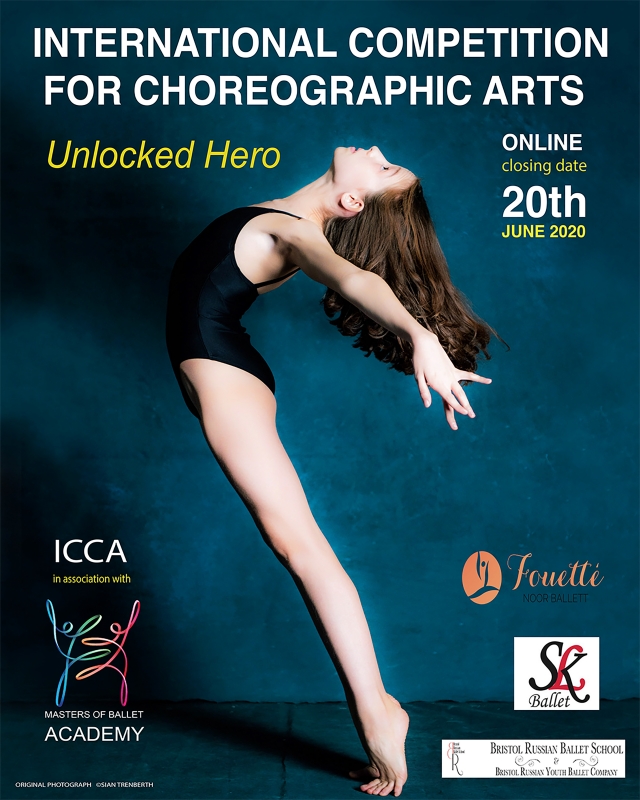 We are delighted to invite our students to join us in the debut of our 'International Competition for Choreographic Arts', taking place this June!

As I'm sure you will agree, it is hugely important for all of our students to have the enrichment of tapping into their creative expression whilst we are all in lockdown and different emotions are being encountered and channelled. We have therefore devised a new online choreographic competition, taking place over the next month and invited our friends at the International Schools listed below, to join us.

The competition is open to students from 10 years old and above, from the following schools:

It will be a truly International Competition and allow students a chance to release the emotions that they have encountered over the last few months, into their own choreographic work.

The specification for entry to the Competition is to submit a Choreographic Solo of your own work, entitled "UNLOCKED HERO". The Hero depicted in each student's piece can be either of their own invention or from a book or film. Category 1 candidates from 1-1.5 minutes maximum, Categories 2, 3 & 4, 1.5 - 2 minutes maximum. The full criteria is listed below:

Each submission must be named with the Candidates full name and Category. Please include a Sub Title to your piece and a few lines of explanation as to the character’s story, your choice of music and choreographic genre. Please then email your full entry to Fiona. They will then be placed on our secure Masters of Ballet Academy YouTube Channel ready for viewing by the judging panel at the end of June.

The Final Date for entries is 20 th June and the Award Winners will be announced in early July.

We do hope that as many of our own students as possible will enter the competition!

We’ve had a wonderfully busy week and are so looking forward to our Easter Holiday Classes, which begin tomorrow!
Limited spaces available for students from outside ballet schools by emailing:
fiona@mastersofballetacademy.com

We would love to have you with us #MOBAatHome!